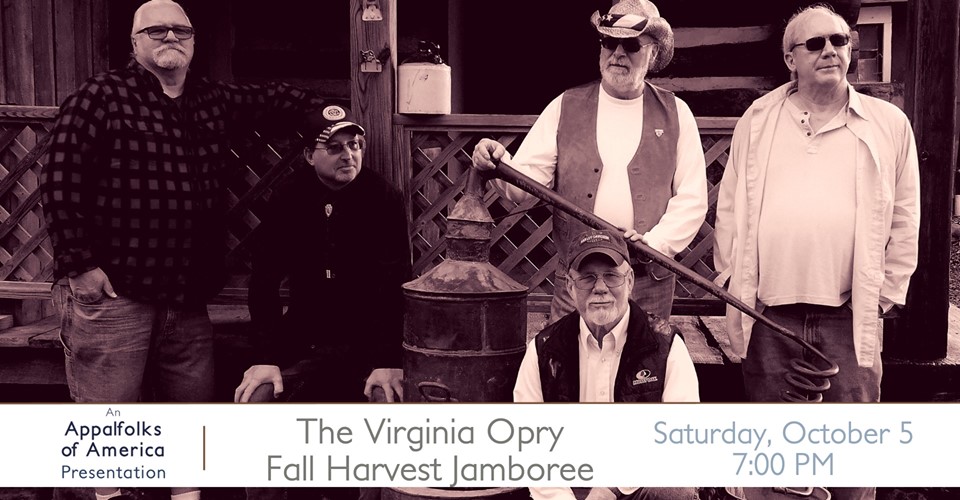 The Virginia Opry’s “Fall Harvest Jamboree” will complete its 28th performance season by featuring the Moonshine Express Band, a five-piece band formed by Billy Fury here in the Alleghany Highlands 30 years ago. Crossing County Lines, a four-piece bluegrass and old-time music band, will serve as the opening act. Crossing County Lines was formed in 2017 as part of the New “Old School” Junior Virginia Opry that has since recorded a CD in Nashville and performed there at the Commodore Grille.

Jana Allen will emcee the “Fall Harvest Jamboree,” at The Virginia Opry and perform as vocalist. Allen began her career as an actress and vocalist during her sixth-grade year by performing in “A Musical Tribute to the Railroad,” that was one of AAA’s first productions in the Historic Stonewall Theatre following the founding of the Stonewall Players that included actors and vocalists from the Alleghany Highlands combining their talents with those from Roanoke.

Allen has performed in more than a dozen movies and TV programs, and she has performed on stage at such theatres as the North Theatre and the Cape Fear Theatre. She wrote and narrated “STARS,” a documentary film concerning the need to fully restore the Historic Stonewall Theatre, the home of STARS (Special Theatrical Artists Revue & Showcase). The 2006 film was awarded a Bronze Telly. Allen is a trained vocalist who has performed in a Hollywood cabaret, performed as a vocalist for the Opry of the Virginias as well as on The Virginia Opry and recorded her rendition of “Home Sweet Home, Virginia,” the theme song of The Virginia Opry.