Last Illusion: The Premiere Tribute to The Trans-Siberian Orchestra 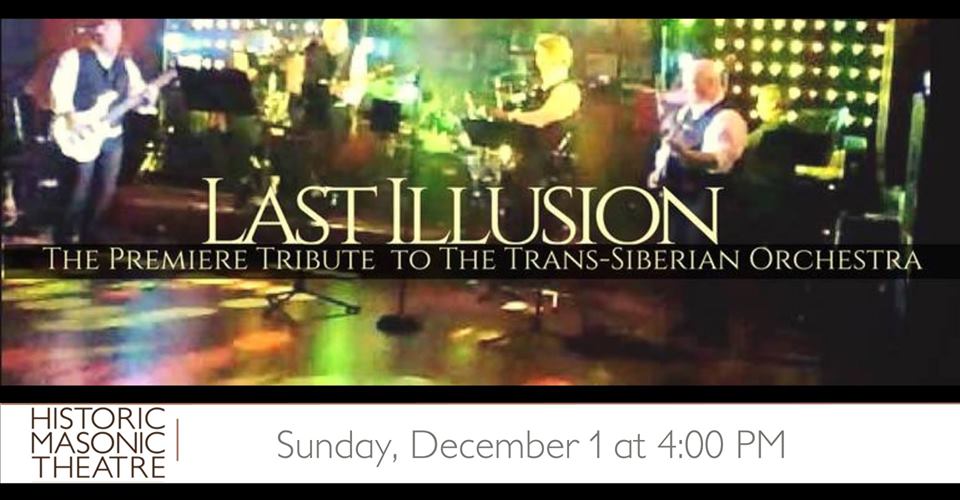 Last Illusion filled our stage two Decembers ago with a production that left audiences amazed. An illness kept them off our stage last year, but we are pleased to present these talented musicians and technicians back this year to celebrate the magic of Christmas and the magic of TSO through the magic of Last Illusion.

Several years in the making, Last Illusion was formed with one sole purpose: to become the premier musical tribute to The Trans-Siberian Orchestra, whose founder, Paul O’Neill, died last year.

O’Neill explained the influences that led to his vision for Trans-Siberian Orchestra in an interview with The Morning Call last year. “[Effects-heavy concert production] was always part of the vision for Trans-Siberian Orchestra, [and] the mixing of classical with rock, which I obviously got from bands like Emerson, Lake and Palmer,” he said. “The rock-opera aspect, which I love because it gives a third dimension, which I plagiarized from The Who.”

Experience the magic for yourself!