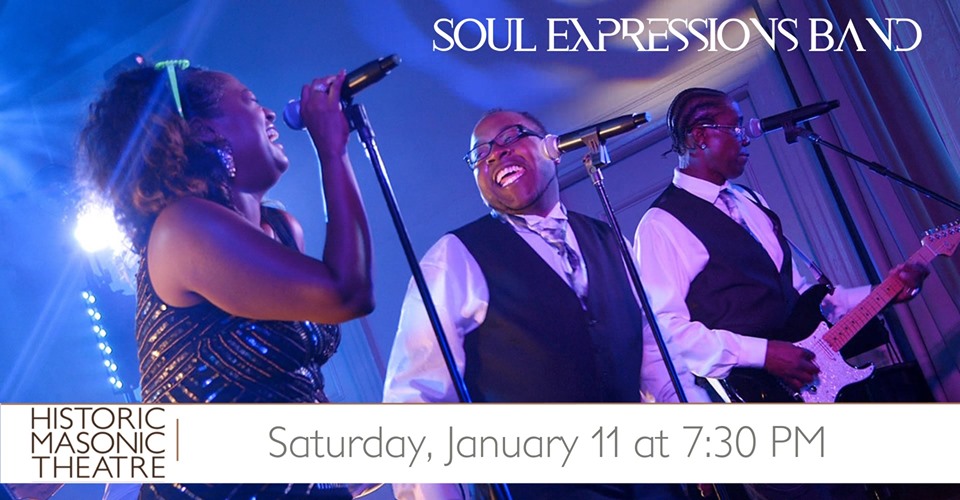 The mid-Winter party is here!

If there was one word to describe Soul Expressions, it would be, “Presence.” With a crowd-pleasing list of songs and styles, the band covers everything from Motown and classic rock-n-roll to your favorite tunes from the 80s, 90s, 2000s and today, along with a few other gems thrown in to keep the celebration on its feet.

Soul Expressions’ expansive repertoire offers everything from James Brown to Bruno Mars, and Michael Jackson to Taylor Swift, all served up with the authority that only an award-winning band can provide.

This highly sought-after party band includes three of the most powerful vocalists in the business, who along with the band raise the roof wherever they go. In fact, members of Soul Expressions have played all over the world with such notable acts as Missy Elliot, Patti LaBelle, Destiny’s Child, and P-Funk, to name a few. You won’t want to miss the musicianship, incredible energy, and a sharp sense of style, Soul Expressions delivers.
Soul Expressions will grab you and never let go.