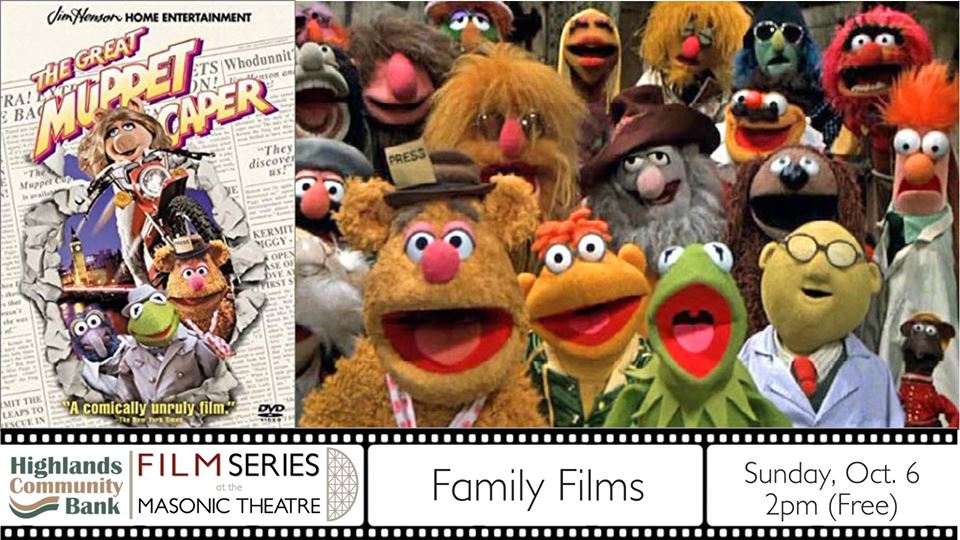 Do you remember using wooden spoons as drumsticks on pots and pans as a kid, pretending to be Animal at a rock concert? Or, maybe you were an over-the-top diva like Miss Piggy, ready to deliver a karate chop to the bad guy. Plus, there was always a hearty laugh at Fozzie Bear’s jokes. Wocka-wocka!

And, who could forget the Muppets epic rendition of Queen’s “Bohemian Rhapsody!”

About the film:
In the second live-action Muppets film, intrepid journalists Kermit, Fozzie and Gonzo snag an assignment reporting on a British jewel heist. Arriving in England, the trio settles in at the raucous Happiness Hotel and seeks out socialite Lady Holiday, the victim of the theft. Soon Miss Piggy appears, intending to work for Lady Holiday, but she ends up being framed by the aristocrat’s scheming brother, Nicky. Kermit and company work to clear Piggy’s name.