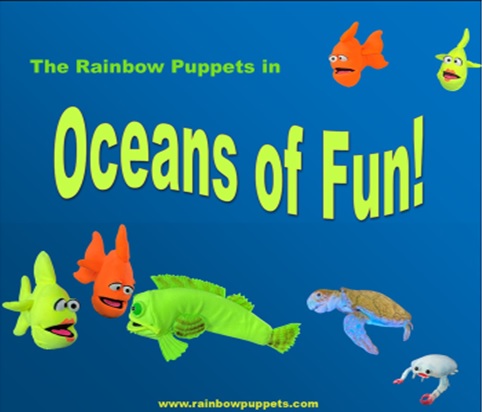 As part of its summer reading program for children, the Clifton Forge Public Library will host the Rainbow Puppets in a musical called “Oceans of Fun.”  The program will begin at 10:00 a.m. on Wednesday, August 10.  It will be held at the Clifton Forge Fire Department, located at 701 Church Street.

“Oceans of Fun” is a fast-paced musical that features creatures in and around the ocean.  There are sea stars, fish, and crabs.  Also included are creatures that live along the waterways of Virginia.  A giant swimming creature from the dinosaur era along with a mermaid might even make an appearance.

Parents or guardians should accompany their preschoolers and primary grade children.

For information about library programs, call the Clifton Forge Public Library, at 863-2519.