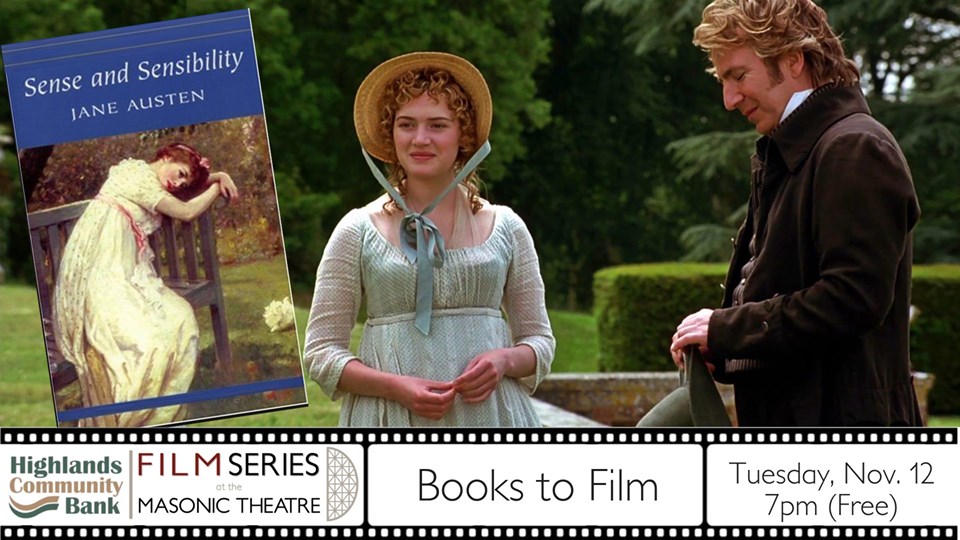 The Highlands Community Bank Film Series
Sense and Sensibility (PG)
Tues., Nov. 12 at 7pm
In the John E. Hillert Auditorium
at the Historic Masonic Theatre
**All Films are Free**

Travel back in time for this coming-of-age story, as the sisters deal with their ever-changing circumstances while striving to find love.

About the film:
When Elinor Dashwood’s (Emma Thompson) father dies, her family’s finances are crippled. After the Dashwoods move to a cottage in Devonshire, Elinor’s sister Marianne (Kate Winslet) is torn between the handsome John Willoughby (Greg Wise) and the older Colonel Brandon (Alan Rickman). Meanwhile, Elinor’s romantic hopes with Edward Ferrars (Hugh Grant) are hindered due to his prior engagement. Both Elinor and Marianne strive for love while the circumstances in their lives constantly change.